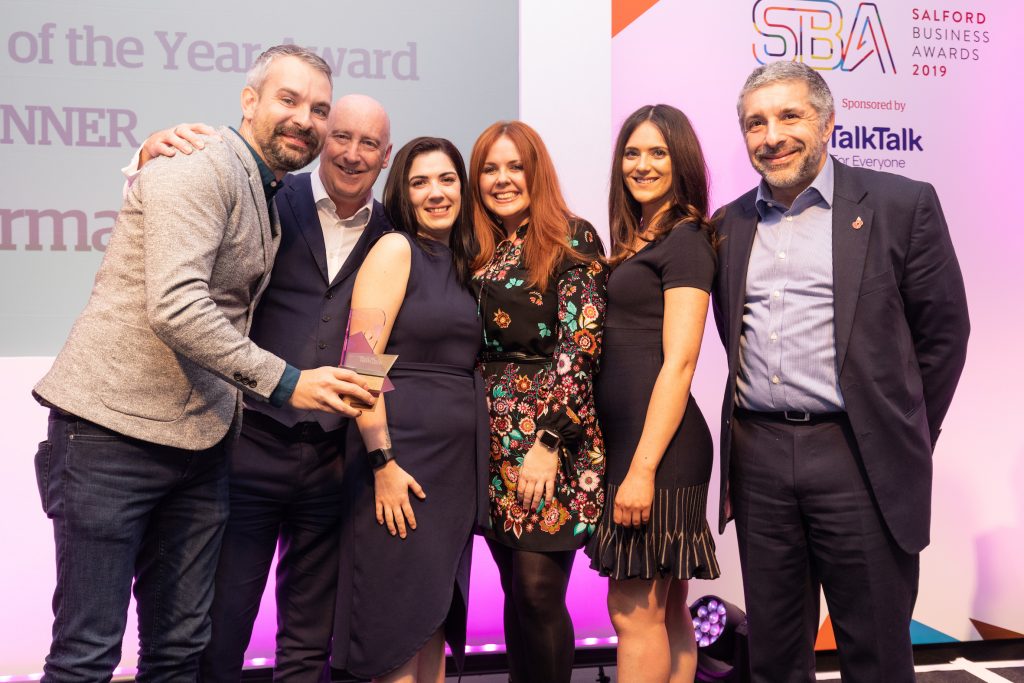 Seven Bro7hers Brewery scooped Small Business of the Year. The family run business, who are just about to open their second beerhouse in Middlewood Locks, were originally inspired by their dad’s home brew and their love for craft beer. They were also triumphant in the ‘Innovation Award’ for their collaboration with cereals giant Kellogg’s. 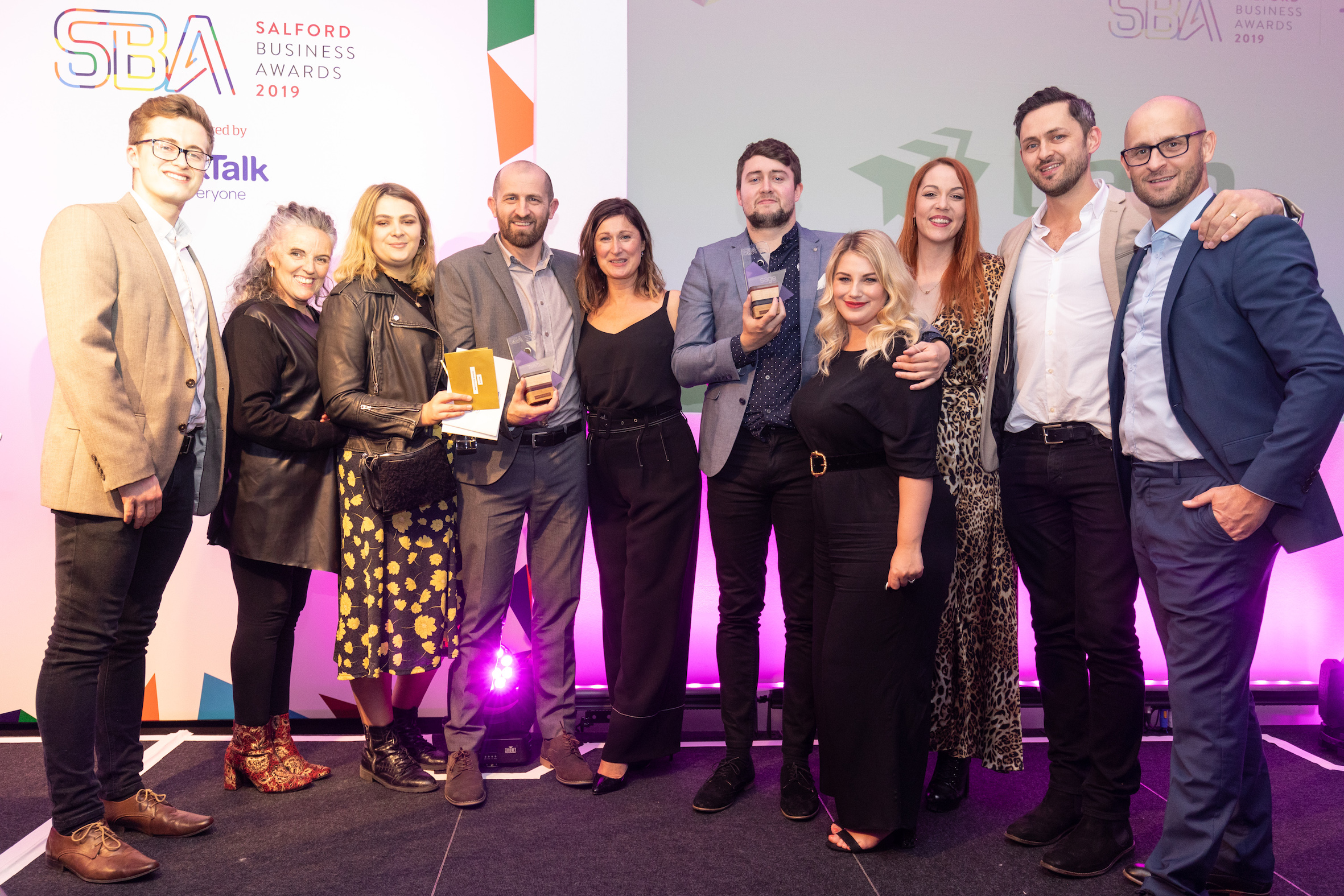 The Awards, now in its eleventh year, are organised in partnership between the University of Salford, The Business Group and Salford City Council. They provide an opportunity to recognise and celebrate the successes of Salford-based businesses over the last twelve months. Nine awards are offered which are sponsored by local businesses and business supporters.

Other winners included Zymurgorium, Britannia Anchor Removals, Oakwood and Mason Advisory who were winners of the ‘Excellence Award’.

Winners from the nine award categories were honoured at a glittering ceremony, hosted by Elaine Willcox last night at the Lowry Hotel.

Paul Wainwright, chair, The Business Group said: “It has been fantastic to celebrate with so many wonderful businesses providing our communities with vital services, training our young people, promoting our arts & culture and building infrastructure that we will rely upon long into the future. Every single one of our finalists should be extremely proud of the work they do across the city and beyond.

“As Salford looks towards becoming a Living Wage City it is particularly pleasing to see that our Large Business of the Year winner is an accredited Living Wage Employer creating meaningful jobs that bring value to the whole city. We owe our sponsors and partners a huge thank you for their support in making this year’s event a success.”

Salford City Mayor Paul Dennett said:  “Congratulations goes to all those businesses who entered this year’s Salford’s Business Awards, they have showcased their amazing talent and innovation, whilst inspiring young people in our city along with the great products and services they provide.

“Behind every great business are well-motivated staff and workers committed to our City and its continuing successes. Thank you, we are proud of you all.”

Jo Purves. Pro-Vice-Chancellor International and Regional Partnerships at The University of Salford said: “As demonstrated in our recently published socio economic impact report ‘Salford Untold’, the University plays a major part in the social and economic wellbeing of Salford both as an employer and provider of skills to support local business growth.

“We are therefore delighted to continue to work alongside Salford City Council and The Business Group Salford as a proud sponsor of Salford Business Awards. The fact that this is the 11th year of the awards bears testament to the high quality of local businesses and their key contribution to ensuring that the economy of Salford continues to prosper.”

Best Use of Technology Award sponsored by CGI

Business of the Year Award sponsored by TalkTalk